Have you ever wondered the best way to market a book? The slideshow below reveals the most effective strategy for book promotion:

If you would like to market an adult fiction for example ‘Gone Girl’ by Gillian Flynn, target 1) bestseller list, 2) places of work/study, and/or 3) reading group. Adult fiction readers are more likely to discover the book through those methods.

Are you trying to attract older women who lives in the country/rural areas to buy adult non-fiction books? The best way to reach them is via printed newspapers.

If you are author/bookseller/publisher, it might be best to invest in these book consumer data. For more details, visit Nielsen Market Research‘s online store.

National Reading Campaign, a Toronto-based non-profit organization, has collaborated with CBC Books to create a campaign poster/infographic to encourage Canadians to read.

The infographic does not only highlight most important advantages, but also cites the research to support the facts.

Do you know that …

For more facts and supporting research on reading, visit this link.

Reading is Good For You (infographic)

A new study, which was presented at a conference in Italy last July, has found significant difference between paperback readers and Kindle readers. In this study, 50 readers were given a 28-page story by Elizabeth George to read. Half of the participants read the short story on a Kindle, while the other half were given paperback copies. The study’s participants were then asked on various aspects of the story such as objects, characters and settings.

A significant finding was noted in a plot recalling task, in which participants were instructed to correctly arrange 14 events found in the story. Results indicated that Kindle readers performed significantly worse than paperback readers. Kindle readers were most likely to forget the exact sequence of the story.

This is probably because of the difference in readings process and experience between a digital text and a print text.

“The reading process and experience of a digital text are greatly affected by the fact that we click and scroll, in contrast to tactilely richer experience when flipping through the pages of a print book. When reading digital texts, our haptic interaction with the text is experienced as taking place at an indeterminate distance from the actual text, whereas when reading print text we are physically and phenomenologically (and literally) in touch with the material substrate of the text itself.”

There is a drawback to this study: only two participants in the digital text group were experienced Kindle users.

Despite the limitation, the researchers aim to improve scientific understanding of the impact of digitisation on the reading experience.

“We need to provide research and evidence-based knowledge to publishers on what kind of devices (iPad, Kindle, print) should be used for what kind of content; what kinds of texts are likely to be less hampered by being read digitally, and which might require the support of paper,” said Anne Mangen, the lead researcher. “I’m thinking it might make a difference if a novel is a page-turner or light read, when you don’t necessarily have to pay attention to every word, compared to a 500-page, more complex literary novel, something like Ulysses, which is challenging reading that really requires sustained focus. That will be very interesting to explore.” 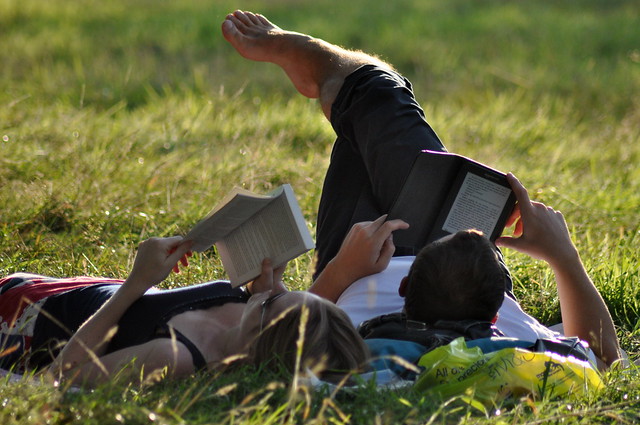