Monumental Pictures has bought the film rights to Caitlin Moran’s novel ‘How to Build a Girl’. Ms. Moran and John Niven will be writing the screenplay. The movie is set to be released in 2017.

The novel has received raving reviews and sold more than half a million copies in more than 16 countries. For those who are not familiar with ‘How to Build a Girl’, here is a brief synopsis of the book:

What do you do in your teenage years when you realize what your parents taught you wasn’t enough? You must go out and find books and poetry and pop songs and bad heroes—and build yourself.

It’s 1990. Johanna Morrigan, fourteen, has shamed herself so badly on local TV that she decides that there’s no point in being Johanna anymore and reinvents herself as Dolly Wilde—fast-talking, hard-drinking gothic hero and full-time Lady Sex Adventurer. She will save her poverty-stricken Bohemian family by becoming a writer—like Jo in Little Women, or the Brontës—but without the dying-young bit.

By sixteen, she’s smoking cigarettes, getting drunk, and working for a music paper. She’s writing pornographic letters to rock stars, having all the kinds of sex with all the kinds of men, and eviscerating bands in reviews of 600 words or less.

But what happens when Johanna realizes she’s built Dolly with a fatal flaw? Is a box full of records, a wall full of posters, and a head full of paperbacks enough to build a girl after all? 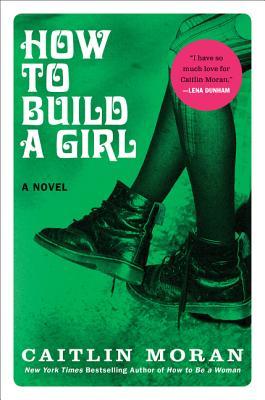 ‘How to Build a Girl’ by Caitlin Moran

Ms Moran described the novel as a semi-autobiography. Now I am intrigued to read it because I don’t read enough autobiography. I wonder if the novel is meatier enough for a book club discussion. What do you think?

If you are a fan of the book or are simply excited for the movie, like this post! 🙂

One thought on “‘How to Build a Girl’: A book-to-movie adaptation is in the works”